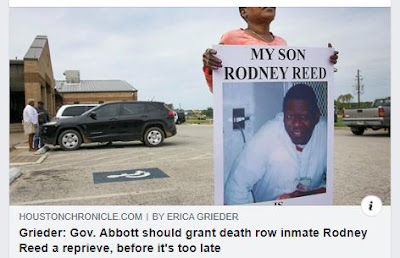 All across Texas, and the rest of the world, people are calling for the immediate reprieve of Death Row inmate Rodney Reed.

Irrefutable evidence has proved Rodney Reed innocent of the murder for which he was sentenced to execution.

Demonstrators demonstrated in support of the release of Rodney Reed at the Texas governor's mansion.

The clock is ticking on Rodney King's execution date. 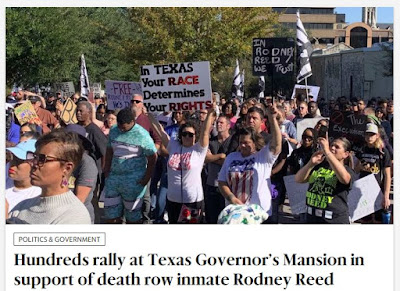 How can any governor, with a conscience, and even a small iota of common sense, of any state, with the power to do so, not immediately grant clemency to a citizen shown to be innocent?
Posted by Durango at 7:57 AM